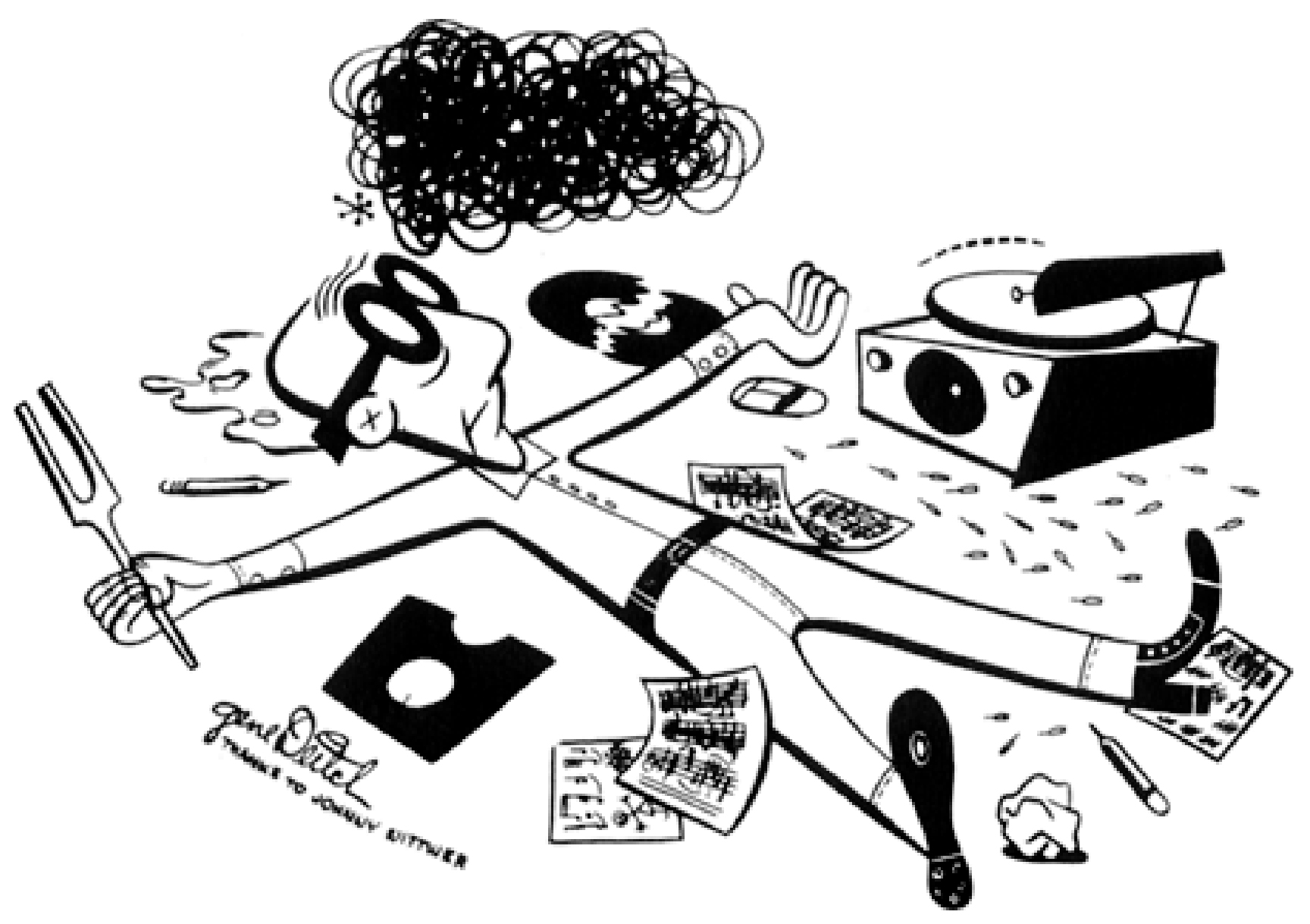 I have long been aware that I am not a typical collector. Where most experienced collectors create the circumstances for impressive photo ops posing in front of a solid wall of tightly packed album spines, my minimalist values have kept my collection extremely small. The less-is-more manifesto is largely driven by a preference for a deeper connection with less music over a more surface-level experience with a larger number of records. But my perfectionism also plays a role in my modesty, probably to a bit of an extreme. Call it reverse-hoarding, call it a gift and a curse, my obsessive tendencies make it difficult for me to see the forest for the trees.

The allure of vinyl is a paradox, a logical dilemma for my mathematical mind. While I’m less likely to obsess over the problems with digital reissues, it’s almost as if digital is too easy. There is an undeniable magic surrounding vintage records, which surely has something to do with the fact that they are old and have aged, some better than others.

But the major stress-inducing part of putting together a collection of cherished vintage jazz records, aside from the financial challenge that comes with their high price tags, is finding copies in acceptable condition. For a critical listener like myself, condition is a minefield of potential pitfalls. Not only are there the obvious issues that arise with usage—surface noise, distortion from groove wear, damage to labels and jackets, etc.—there are plenty of shortcomings that can befall a particular copy of a record related to manufacturing.

The master tape isn’t going to get any better over time. This is one way in which original pressings can be preferred over reissues. Despite this, and as much as first pressing fundamentalists may not want to hear it, the original mastering of an album can and does get botched from time to time, which for me can kind of ruin the magic of an original. From there, all kinds of problems can arise during pressing and packaging. The record can be pressed off-center or warped, the vinyl compound can be shoddy and noise-inducing, the vinyl biscuit might be too small and fail to fill the form of the stamper thus causing noise, the label can be damaged or attached off-center, the printing can be defective, the jacket printing and spine alignment can be off-center, the alignment of multiple colors during printing can be off-center, and the list goes on.

What this means is that the majority—dare I say the vast majority—of records I come across are not up to my standards. To be fair, my concept of a ‘perfect’ record does not mean that it is without a single hypothetical ‘flaw’. But a lot of my time goes into critical listening aimed at merely deciding if I am going to keep a record or not.

Rejecting so many records does make the hobby a bit trying but this isn’t the heart of the matter. I have always felt that the payoff of quality vintage vinyl playback makes all the effort that goes into filtering out the mediocre worth it. More problematic is the threat of so much of my listening time being chewed up by critically listening for the “problems” with a record in an effort to decide if I want to keep it or not. Too many times I find myself indecisively caught between a ‘pass’ and a ‘fail’, all while ignoring the things a record does well, much less giving my attention to the actual music. This is where my new “Keep for Now” crate comes in handy, another suggestion made by my collecting friend. The crate is a place to put records when I have trouble deciding if they should stay or go, and it allows me to get back to listening for enjoyment without getting hung up in the process of vetting.

Sometimes I wonder, which came first? Did my perfectionism lead to my interest in math, or did my interest in math exacerbate my obsession with perfection? The two are surely linked. Plato’s Cave is an allegory which puts forth the idea that all things as we experience them are imperfect approximations of their real existence in a Realm of Forms. While the objects we perceive are subject to change and deterioration, objects in the Realm of Forms are permanent and eternal. The study of math is essentially a study of the Realm of Forms. This way of thinking leaves the door open for a perfectionist like myself to conclude that all things in our physical world somehow fall short of their ideal, from a triangle drawn on paper to a record pressed at a pressing plant.

For most of my adult life I have been aware of my perfectionism. In most situations I opt for complete control of my circumstances. This has led me down a path of self-employment, living alone, an independent D-I-Y approach to creative projects, and my own unique set of social challenges. It wasn’t until the end of 2018 when I decided to get sober that all kinds of buried crap surfaced and I was diagnosed with an anxiety disorder connected to an obsessive compulsive disorder and mild Asperger’s, all of which had never been brought to my attention before. The diagnosis was actually a relief in the sense that it explained a lot of my past behavior. It also made it clear to me that moving forward, certain aspects of my life were going to remain challenging, and in some ways, that included collecting.

While the combination of creating a budget and a ‘Keep for Now’ crate has alleviated my obsessive perfectionism, collecting remains an obstacle course that will always have its ups and downs. In my fits of despair I usually ponder giving up record collecting completely and settling for the stability of digital mediums. Yet something always pulls me back in, and I believe it’s for the better. Perhaps there’s a valuable life lesson to be learned from persisting in the face of adversity; perhaps I will benefit in other areas of my life from learning to cope with difficult collecting moments.

The desire to race toward an idealized, complete collection ties back into the anxiety I feel from having too many choices and too many things on my collecting to-do list. At 40 years old, both my musical interests and my collection are growing to a size where it will be increasingly difficult to plot a straight path forward that leaves no stone unturned. I think about an older audiophile friend of mine whose stories have taught me that as the years go by, it’s important to be flexible, to be open to a variety of experiences, and to accept that the path forward becomes increasingly uncertain. Not every record is going to get “fully appreciated”; some may never get played again. There’s a lot of amazing music I have come to place tremendous value on as signifiers of important moments in my life. But I’m starting to face the bittersweet reality that some of that music may ultimately be forgotten as my interests expand. In fact, some of that music may already be gone and I don’t even realize it yet.

While recorded music grants us the opportunity to revisit it repeatedly, it also detracts from the spontaneity of live performance and the specialness of those one-time-only experiences. Recorded music freezes an event in time when it would otherwise amount to no more than a passing moment. This brings to mind the Tibetan sand mandala ritual in which monks spend hours perfecting an elaborate, intricate figure, only to destroy the image once it’s been completed. Perhaps the lesson is to accept that the ultimate nature of things is fleeting, and try we may to hang on to our records and our listening experiences, time marches on.

My advice to other collectors, whether you share in my struggles or have been fortunate enough to avoid them, is to find a fulfilling balance between exploration and deepening your connection with the familiar. Cherish the time you have today to listen to the music you love. Because no matter what the future holds, no matter how much time you have left on this Earth with ears to listen, today could be the last time you hear that record currently on your turntable.