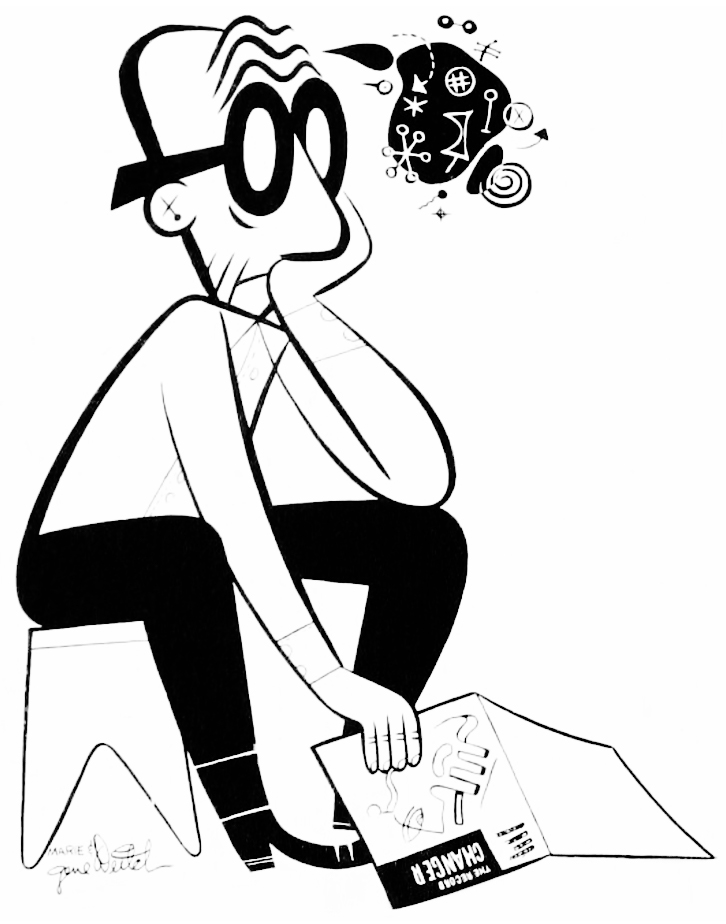 While I have never felt apologetic about my sincere adoration for music, sometimes I do struggle with feelings of guilt related to how important collecting is to me. I spend a lot of time thinking about and partaking in this hobby, and my propensity toward anxiety and obsession has made my active participation difficult at times. At this point in my life, some of the old challenges have compounded and new ones are presenting themselves. The time is now to rethink my approach to collecting in order to maximize the joy it gives me.

For several months now there has been a feeling growing stronger and stronger with me, a feeling of uneasiness regarding my music collecting. I have started to feel overwhelmed by the endless options presenting themselves to me day after day, and the irrational worry has started settling in that I am losing control of my collecting process, that I will never have time to develop a deep appreciation for my favorite music as a result of there being too much music to listen to.

As my musical interests have expanded, the anxiety has intensified. Fed up with the competitiveness of collecting jazz LPs, my more general appreciation of vintage mono records has led me to branch out and look for other ways to experience high-fidelity analog playback. This led me to collecting 45s in the doo-wop, rhythm and blues, and rock and roll genres, which was followed by a fixation with mono classical LPs released by the Columbia label. From there, the door was blown off the hinges when I got into 78s. I started checking out bebop from the late ‘40s and early ‘50s, but that interest then extended to popular vocal standards of the ’20 and ‘30s, hot jazz, and country blues. On top of all this I continue to have a passion for other more modern genres of music including hip hop, instrumental music, and more modern forms of rock like classic rock, hard rock, garage, and indie.

My DJing activities have always kept thousands of digital audio files hanging around my computer with little to no use. This has made opening iTunes a task that has regularly given me a sinking feeling of uneasiness — thousands of random low-grade MP3s floating around without album art or complete ID3 tags. Recently, I realized that I prefer DJing with 45s much more than the digital-vinyl hybrid DJing I had been doing for the past ten years. This was a huge weight off my shoulders because it meant I was free to delete thousands of MP3s. In a matter of days, my digital library shrunk from 18,000 to 4,000 songs.

The nausea from having infinite options had been relieved but was still looming. Expanding my collecting interests into 45s and 78s brought along with it an interest in multiple new genres. Before I knew it, I was scrambling on a daily basis to fill my ears with as much music as possible in order to better determine a straight path forward collecting and moving toward some fuzzy ideal of a “complete” collection. This increase in time spent sampling music for the purpose of growing my wish list threatened to bring my time spent appreciating the music I love to a slow and grinding halt. And to make matters worse, I was doing better than ever financially so there was less of a sense of there being any sort of limit to my consumption.

Relief couldn’t have come sooner when a new collector friend inspired me through her own disciplined habits to create a budget for my collecting. I had tried setting a budget in the past only to fail miserably. But, if I’m being honest, I felt more inclined to do so at this point because I was able to set my cap significantly higher than before.

The idea of budgeting gave me hope that I could find a way to enjoy collecting more. There had been numerous times over the past eight years while collecting vintage jazz LPs where I suddenly caught myself amidst senseless spending beyond my means. It was as if I was under a spell but somehow managed to snap out of it. Fortunately, I was always able to turn things around. When I did finally come to accept my humble fate as a public servant without any inheritance or financial assistance from family members, I felt I was making the choice to live more authentically.

Whenever I had one of these moments of clarity I usually decided to sell any number of records in a fit of buyer’s remorse then take a break from actively shopping for records. But these choices would ultimately just lead to seesawing between abstinence and obsession, and eventually I’d be back in the same place I was before. Comic book writer Harvey Pekar’s words couldn’t ring more true:

For too long I had been stuck in a vicious cycle of spending beyond my means then reselling what I bought. I have also wasted too much time and money impulsively pursuing new records containing music that in hindsight I now see I didn’t even really love that much in the first place. The budget approach stood to slow me down, to make me think twice about my purchases and to truly value the records I did spend my hard-earned money on. Sticking to a budget has also placed me in the unfamiliar position of being able to afford more expensive records while eliminating the possibility of feeling guilt stemming from reckless spending. Budgeting ended up delivering on its promise. It facilitating a more joyful collecting experience, but I wasn’t entirely in the clear.

(Continued on next page)