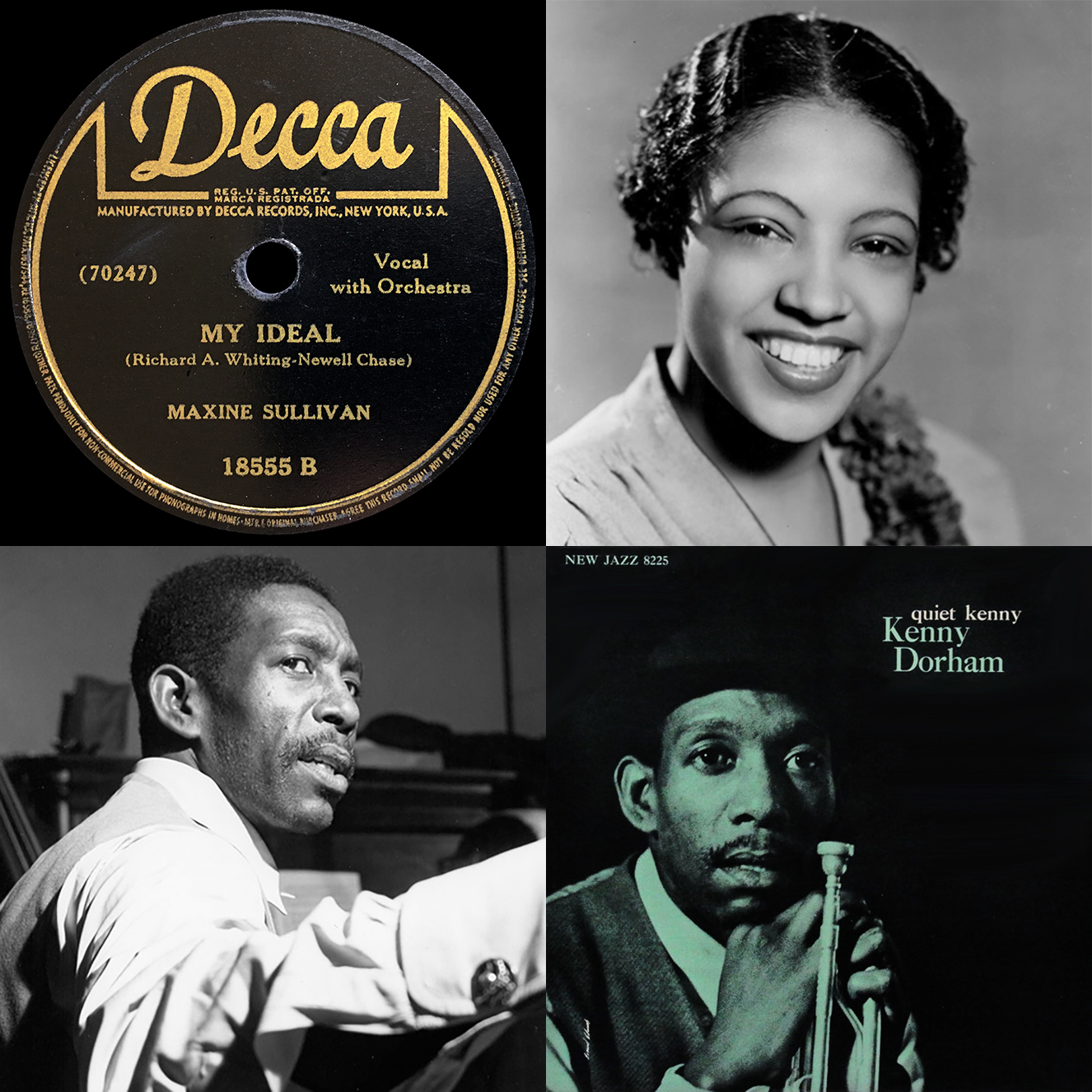 I’ve been noticing some buzz on the internet about an up-and-coming mono reissuing of Kenny Dorham’s Quiet Kenny by the Craft label, so I thought I’d feature a track off that album for this edition of Origins of Bop. “My Ideal” dates back to 1930, the year of both its publishing and premier on the silver screen. Playboy of Paris starred Maurice Chevalier, who was also the first to record the song.

After several years of laying commercially dormant, Maxine Sullivan decided to give “My Ideal” a fresh reading. Gone are Chevalier’s humorous French accent, masculine perspective, “B” section, and half-spoken delivery of the final verse. With Buster Bailey’s clarinet taking the instrumental lead, Sullivan’s version is the first to feature a jazz arrangement. Sullivan was 32 at the time of recording but the innocence of her voice suggests a teenage girl waiting for a fantasized heartthrob to make her acquaintance on the way home from school.

Coleman Hawkins followed soon after with his own instrumental version, which retained the structure of Sullivan’s. Over a decade later, Chet Baker tried the tune on in 1956, brining back the “B” section while moving it to the beginning, and two years later Earl Coleman would mimic the Baker arrangement on Sonny Rollins’ Tour de Force album.

A word about the popular music form: It has always seemed like “real music lovers” kind of shun popular music. I’m not one of them. I love pop music. I love it for its simplicity. You get that with Sullivan’s version. Her lyrical inflections are hardly adventurous yet they easily keep my interest. The humility of her straight-down-the-middle interpretation is also admirable. Baker takes a few steps away from that, swinging to-and-fro with syllables rarely falling on-beat. Then Coleman and Rollins wreak havoc on this pretty love song, mangling it to the point of near-unidentifiability.

Is the ease of pop such a sin? These are my opinions, after all, but to me Coleman’s version is the epitome of trying too hard to make things interesting. (Fans of Rollins might guess, like me, that his atypical stylings here are meant to appease Coleman.) Surely I don’t understand the fundamental conception of most jazz vocalists, as numerous legends seem to “jazz things up” in this manner: Johnny Hartman, Sarah Vaughan, Helen Merrill, Sheila Jordan, Cassandra Wilson. Give me Ella or Blossom Dearie and I’m a happy camper.

Thank heavens for Kenny Dorham restoring some order to the universe in 1959 with his version, which, like Hawkins’, is executed in the spirt of Sullivan’s. Dorham’s heartwarming, muffled tone is reminiscent of Baker’s, yet I have always found Kenny to have a unique and understated musical persona that is perfectly complemented by this type of tone. From his sweet playing alone I had originally and erroneously assumed that this song was dedicated by its authors (Newell Chase, Richard A. Whiting, and Leo Robin) to their respective lovers. Yet the lyrics reveal a hopeful story of longing for a partner unknown.

Dorham’s version is a favorite ballad of mine and I’m glad it led me to discover Maxine Sullivan. There’s plenty more Origins of Bop posts to come so please stay tuned.