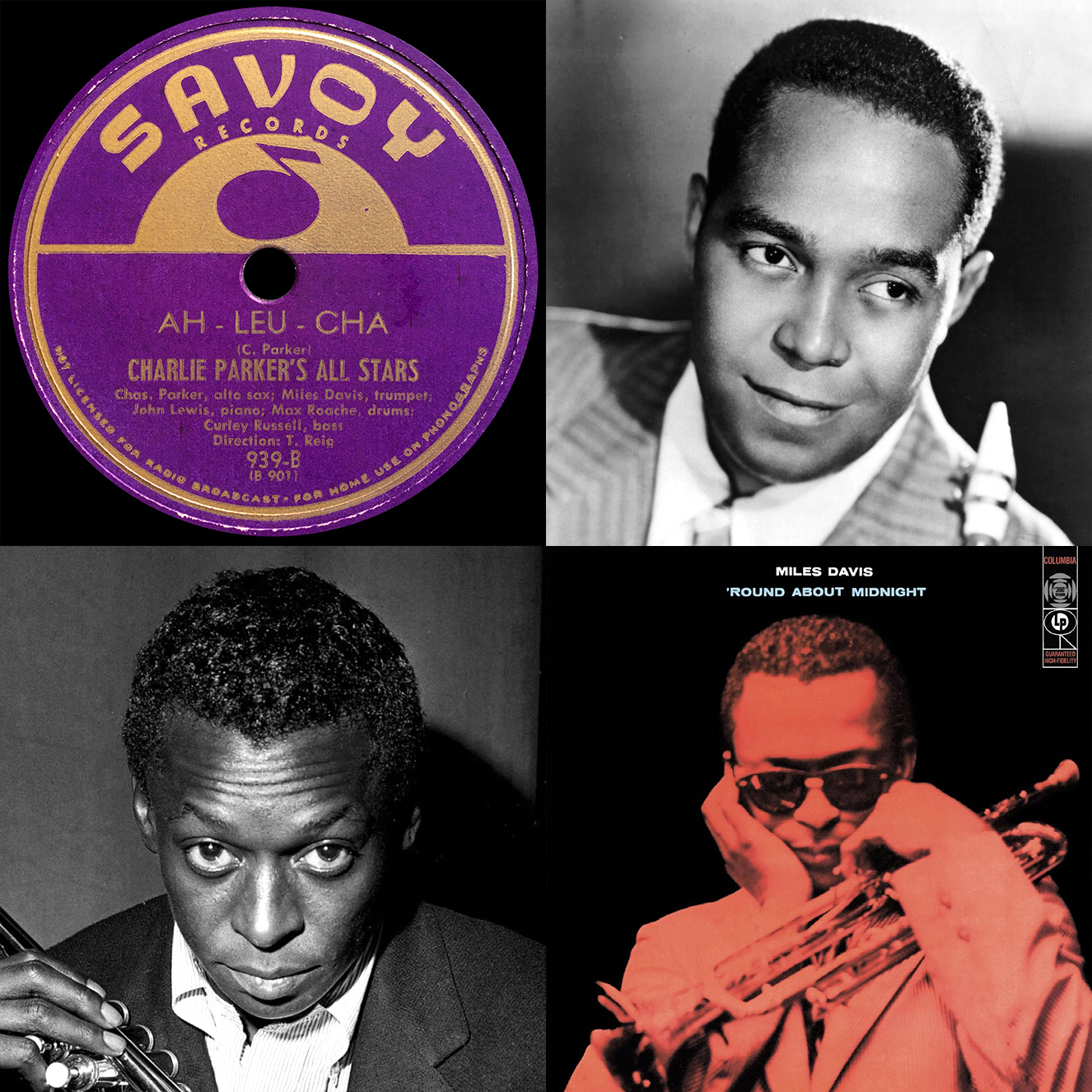 Welcome to Origins of Bop, a new Deep Groove Mono series aiming to explore the lineage of some of my favorite hard bop recordings. I have always been interested in music history, and with jazz, that has meant finding out more about where my favorite compositions came from. This series is therefore intended to provide some backstory for many of the hard bop performances that we as collectors of twelve-inch vinyl LPs have come to love so much. Quite often, these songs date back to the 78-R.P.M. era of shellac disks, and in many cases I will be happy to feature 78s from my own collection.

This first installment features a tune composed by one of the founding fathers of bebop. I was introduced to Charlie Parker’s “Ah-Leu-Cha” back in 2001 through the first jazz LP I ever bought: Miles & Monk at Newport. One rainy afternoon in Albany, New York I had a break between my college classes, so I decided to hop in my car and venture downtown to Last Vestige, a local record shop. With a musical background largely focused on hip hop and rock at the time, my experience with jazz was limited. All I had was a cassette tape from a friend with Kind of Blue on one side and My Favorite Things on the other. But as a DJ, I had been seeing lots of cool covers for jazz albums popping up on the Turntable Lab website, and I had recently gotten interested in Madlib’s new electronic jazz project, Yesterday’s New Quintet. I was also DJing with an R&B cover band, and I befriended the group’s saxophonist, who was a locally-renowned jazz musician and composer.

This all had an influence on me when I decided to check out the jazz section of that shop for the first time. The copy of Miles & Monk I found was a stereo ‘70s reissue, it costed six dollars, and I pretty much bought it solely on the strength that I had heard of both leaders before. Side 1 was the Miles side. “Ah-Leu-Cha” was the first track, and it wasted no time ripping my face off. Miles liked to play fast live, and this Newport Festival reading was taken at a blistering pace, nearly twice as fast as Parker’s original 1948 recording, which by no coincidence also featured Davis. If I’m being honest, I remember wondering if I would even like jazz if this was what most jazz sounded like! Today I love that recording for its tenacity, high fidelity, and airtight performances. But back then, knowing nothing about jazz and being quite unfamiliar with such high levels of musicianship, I felt utterly confused.

Many years later when I discovered Davis’ classic ‘Round About Midnight, I was pleasantly surprised to find a slower, more accessible version of “Ah-Leu-Cha”. It was recorded three years before the Newport date in 1955 and features Miles’ First Great Quintet. Philly Joe Jones sounds snappy, his patented loose-wrist cymbal work creating an inimitable groove for each soloist to work with. The exceptional fidelity of this recording needs to be noted as well.

Prior to reviewing ‘Round About Midnight for my blog several years ago, I had never noticed Parker as the composer of “Ah-Leu-Cha”, and when I listened to Bird’s version for the first time I was caught off-guard by its syrupy tempo. Recorded for Savoy Records at Apex Studios in New York City (mentioned last week in a blog post here), engineer Harry Smith set the rhythm section back a ways behind a very present front line. This was a standard mixing aesthetic in the 1940s, and it makes jazz recordings from that period unmistakably of-the-era. Max Roach could tear it up like no one else in 1948, but he’s much tamer here. Peppering the backbeat with gentle fills throughout, the drummer manages to quickly trade two half-bar solos with bassist Curley Russell before the track’s closing. As a composition, the counterpoint of Bird and Miles creates exciting harmonic motion that makes my ears smile every time I hear it.