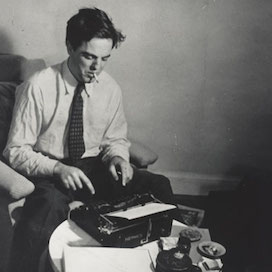 I really wish I were the kind of person who could just settle for owning a classic jazz album on CD. To my dismay, I crave an authenticity of experience that can only be had by listening to rare and expensive fifty year-old records that require copious amounts of time and energy to secure. When it comes to classic jazz, pressing a button to listen to a digital file is unfulfilling. Buying a brand-new vinyl reissue feels disingenuous. But listening to a vintage jazz record is an experience that borders on spiritual. I love all kinds of music, but other listening experiences fall short of producing a similar level of depth and meaning, and my relationship with jazz is quite special for this very reason.

I’m a late bloomer when it comes to jazz. The warm sound of old jazz records never filled my home as a kid, nor was I ever in the school band. So my exposure to the genre more or less was limited to the background music at fancy restaurants. I didn’t have my first real introduction to jazz until college when a friend made me a tape of Miles Davis’ Kind of Blue and John Coltrane’s My Favorite Things. At that time, jazz was just something I’d listen to when I wanted to relax. But eventually I gained some insight into what I thought at the time were “the secrets of jazz music” through conversations with jazz musicians, and my interest was piqued. I finally made a serious inquiry into what jazz really was during a grey, rainy spring break from school. For some reason I have always identified jazz with this type of weather, and on this occasion it inspired me enough to check a bunch of classic jazz CDs out of the library along with Ken Burns’ Jazz documentary. I spent the entire week listening and learning, and I have been captivated by the music, its culture, and its history ever since.

Even though I started collecting records in high school, I was oblivious to the depth and richness of jazz record collecting culture. That changed when I saw the Blue Note album cover art book for the first time. The covers were so beautiful and timeless they alone made me want to seek out the records. My discovery of the book coincided with an upcoming trip to New Orleans. I was already in the habit of checking out record stores when I went out of town, so I figured I would see what I could find when I got there. Knowing next to nothing about the actual music on the albums, I thumbed through the book and quickly made a list of my favorite covers, hoping I might find a few of them on my trip.

Once I got to New Orleans, I went downtown and found a dusty record shop in an old building with tall ceilings and creaky hardwood floors. It didn’t take me long to locate their jazz section. As usual, there was a ton of common stuff but nothing good. I noticed a large pile of horizontally stacked records in my peripheral (any seasoned collector will tell you stacking records like this is a big no-no), and even though I had every reason to assume it was just a bunch of no-name titles worth even less than the records in the bins, something compelled me to take a look at it. And wouldn’t you know it, smack in the middle of that stack was an original 1959 mono pressing of Blue Note catalog number 4008, Finger Poppin’ with the Horace Silver Quintet.

I had never seen anything like it. The record was way heavier than any other record I had ever held. The jacket was made of sturdy cardboard with a shiny, glossy finish. The cover’s black and orange print was bold and vivid. It even had that pleasant vintage smell from being cooped up in a mid-century home for so many years. I was kind of spellbound. It didn’t have a price tag on it so I asked the woman at the counter how much she wanted for it. She didn’t seem to know much about the record either, but with the aid of her price guide we decided on a fair amount.

When I finally got home from my trip to play the record though, my balloon of excitement deflated rather quickly. The music was great — fast-paced, warm, and edgy — but the record was really noisy: lots of crackling, and it almost skipped in one spot. I couldn’t help but feel a little let down, and I soon became disenchanted with the idea of collecting jazz records.

A couple years later I got active in online music forums. I started reading about records like my Blue Note and how great they were supposed to sound. This reminded me of the rush I got when I found that record in New Orleans, so I decided to give the hobby a second try. Being a person with a tendency to obsess, I quickly became an expert on original pressings and started impulsively bidding on eBay. The first couple records I won were Gravy Train, a 1961 release by Lou Donaldson, and The Tokyo Blues, another Horace Silver title dating back to 1962. Both were described to be in “very good” or VG condition (an ironically substandard grade in record collecting unbeknownst to me at the time), and both ended up being plagued with surface noise and groove wear. Nevertheless, I was determined to hear this fabled sound so many had touted, and I forged ahead despite my difficulties.